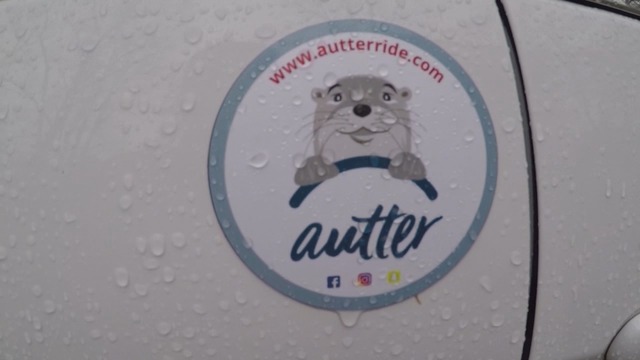 A pair of Atlanta moms have opened a new rideshare service aimed at busy parents and the metro area’s one million teenagers.

Autter, which describes itself as “the first national rideshare service for teens,” officially launched Thursday in Atlanta, after running a pilot program over the summer. Co-founder Kim Crocker, a former marketing executive at American Cancer Society, told Atlanta Business Chronicle Autter had 70 families involved in the initial test and added another 30 in the first 24 hours after launching.

There are multiple nationwide rideshare companies focused on kids, but Autter said it’s the first transportation company branded to specifically serve the teen population, which is often the most involved in extra-curricular activities. Ride-share giants Lyft and Uber have policies that don’t allow children under the age of 17 and 18, respectively, to ride without an adult.

The service includes mobile technology allowing parents and teens to schedule their rides in advance, receive SMS reminders and ride updates, get real-time geo-tracking, use an internal rating system, and pre-load destinations.

Pick up fees are tiered by ride frequency and rides are an amalgamation of time and mileage — ranging from $15 for a single ride to 30-ride package for $300.

Crocker said the company currently employs 30 drivers and received more than 100 additional applications since Thursday’s launch. Drivers are paid weekly, with a guarantee of at least $12 per ride, she said.

Crocker said if Autter can break $1 million in revenue its first year, the plan is to expand into the Dallas-Forth Worth market — a city with urban sprawl, affluent suburbs and an emphasis on sports — by the third quarter of 2020.

Crocker and fellow founder Diane Allers, who had a career in online security, worked with Georgia Tech’s Advanced Technology Development Center and interviewed more than 400 people during testing. The company said it found that 83 percent cited driving and carpools as the biggest source of friction in their daily lives.