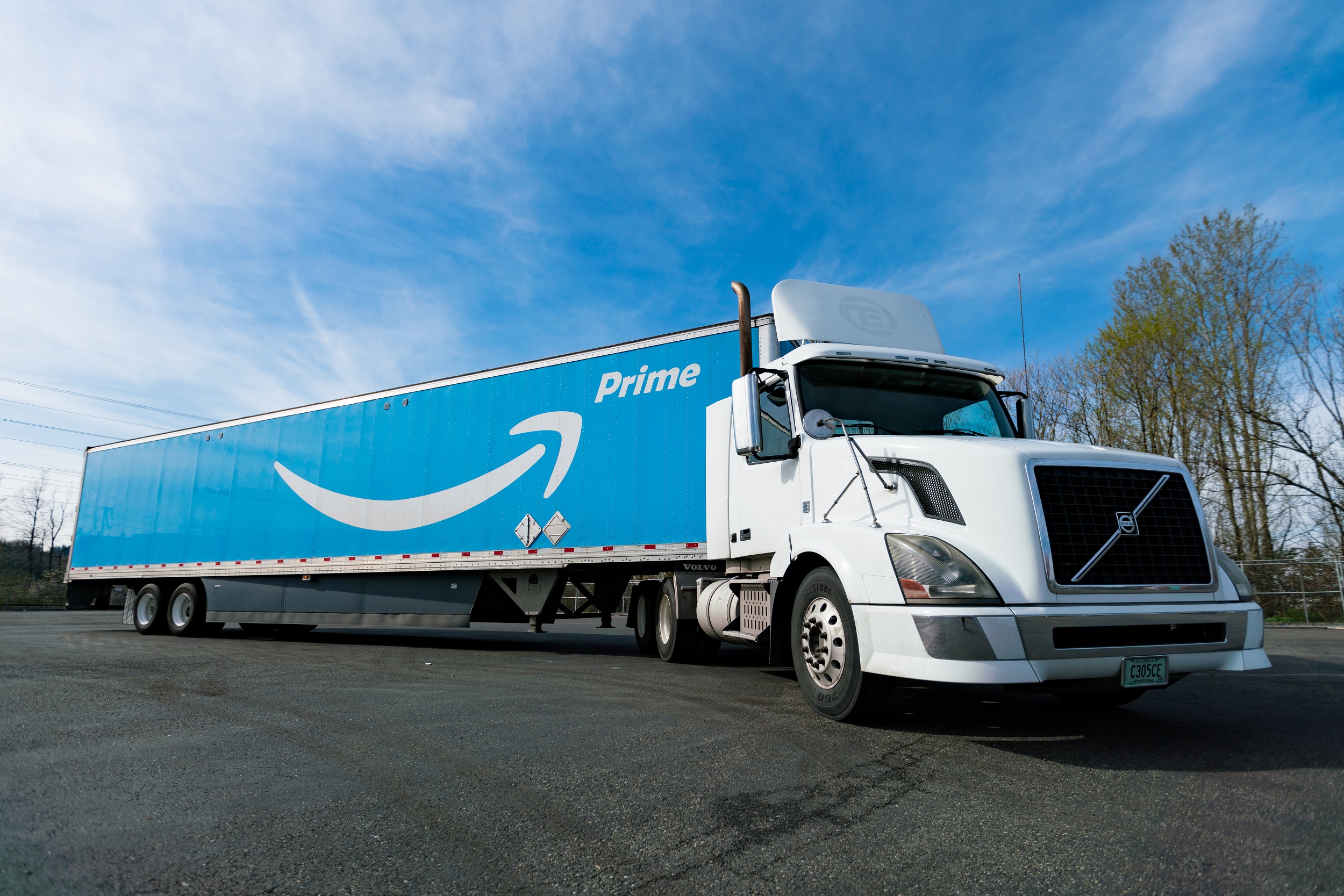 A push by Amazon.com (NASDAQ: AMZN) deeper into shipping and logistics has the industry on guard, and investors fretting about how the “Amazon effect” could take a toll on delivery giantsUPS and FedEx .

But away from the last-mile delivery of packages is where Amazon is best positioned to really make its mark in logistics, and a whole different set of companies is in its crosshairs.

Amazon has reportedly been testing a new online service that matches truck drivers with shippers, taking on a role traditionally filled by freight brokerage firms including C.H. Robinson Worldwide (NASDAQ: CHRW) , Echo Global Logistics , and XPO Logistics (NYSE: XPO) . In doing so, Amazon is attempting to turn one of its biggest expenses, logistics, into a profit center — or at least trying to offset some of its massive shipping expense.

It’s the brokerage business, and not leasing planes and trucks, where Amazon seemingly can best copy the model that has been so lucrative in its Amazon Web Services cloud computing segment. As it did with AWS, Amazon can monetize the shipping expertise and resources it developed for use in-house by offering them to third parties.

The North American truckload business is a highly fragmented market, with about 20,000 licensed brokers dealing with more than 100,000 carriers. Amazon’s entry might not disrupt it to the same extent that mom-and-pop retailers have been impacted by e-commerce, but Amazon is still a threat that transport investors have to take seriously.

According to reports, Amazon has opened an online freight-brokerage platform to connect shippers with available trucks in five Eastern states. The e-commerce giant is hardly the first to try to disrupt the brokerage business in recent years, with Uber’s Uber Freight offering and start-ups including Convoy and Transfix trying to use technology to break into the business.

Transport brokers don’t drive trucks or own railcars; instead, they serve as a conduit between shippers and transport firms, allowing retailers and others with large transport needs to book loads on available trucks.

Amazon is said to be offering discounts to try to drum up business, as Uber Freight did a few years ago when i t report edly quoted rates more than 30% below the then-current market rate to bring in new clients.

The challenge for incumbent brokerages is that unlike Uber and other recent entrants into the market, Amazon might not be as motivated to eventually raise its prices and turn a profit. Amazon spent more than $7 billion on global transport costs in the first quarter, up 20% from a year prior, and has dabbled in a wide range of options to try to control future cost increases. For the time being, any added revenue from the logistics tools it set up for internal use would be a positive.

If C.H. Robinson — the largest freight brokerage, with more than $16 billion in annual sales — is frightened by Amazon’s push, management did a good job hiding it during the first-quarter earnings call . C.H. Robinson’s chief operating officer Robert C. Biesterfeld said Robinson has long assumed Amazon would enter the brokerage business eventually, calling it “another step in what’s been a rapid change in the competitive landscape over the last several years.”

He says the company is ready for the challenge, just as it’s responded to Uber, other start-ups, and fast-growing rivals like XPO:

Through this whole long-range cycle, what Robinson has done is maintain our margins relatively consistent. We’ve increased our share of the market. We’ve diversified our business and we’ve increased our return to shareholders. So it’s not to say that we are ignoring competition or the evolving competitive focus … we’ve actually got tremendous respect for the competitors that have come into this marketplace, and the incredible levels of talent that are entering our industry today. We think that this infusion of talent, and new ways of doing business, [have] really been a positive catalyst for us and for the entire industry. We’re just not really conceding at this point that the success that some of these competitors have had across other industries is immediately transferable, and assurance of success in our industry.

The industry Amazon aims to disrupt is no longer operating as it did decades ago. C.H. Robinson and other incumbent brokerages have been focused on technology, with Robinson alone expecting to spend about $1 billion over the next five years to upgrade its tech and create new tools for its customers.

It’s also far from certain that Amazon will enjoy AWS-like success from growing its brokerage business. Large retailers will not be eager to share proprietary supply-chain data with a company that’s rapidly becoming one of their largest competitors.

With Amazon increasingly encroaching on new consumer-product markets, there could be ample business for brokerages like C.H. Robinson and XPO, which are offering a broad range of logistics, inventory management, and delivery services to help compete against the e-commerce giant.

Competing with Amazon is different from competing with Uber, and C.H. Robinson’s Biesterfeld, on the call, sounded a little too sanguine about the potential threat for my taste. That said, there is no reason to panic and sell C.H. Robinson or other brokerages right now.

Amazon is currently focused on a small geographical footprint, and still seems to be exploring how to address the market, instead of committing to an invasion. I believe large retailers with shipping budgets that could move the needle are unlikely to abandon the incumbents, regardless of the potential savings offered by Amazon, if it involves surrendering data to their most-feared rival.

The most likely outcome is for Amazon to take some share of this highly fragmented market, but to leave plenty of business for others. That could lead to some consolidation and financial troubles for some of the smaller, mostly private, brokerages. But large, best-in-class operators like C.H. Robinson and XPO should be able to survive and continue to grow.

Amazon is not a competitor to be taken lightly, and the company’s potential move into freight brokerage is definitely something investors need to monitor closely. But for now, at least, it’s not a reason to sell out of the incumbents.