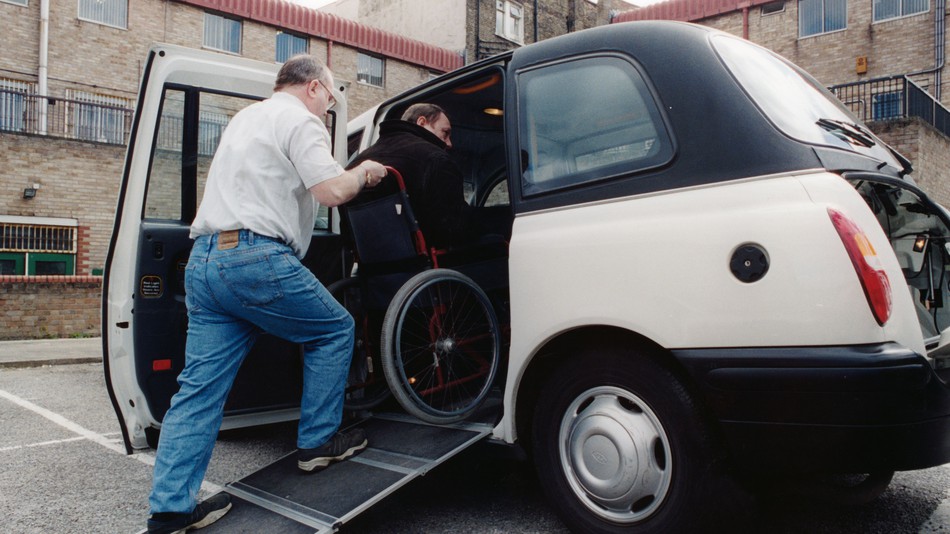 Uber and Lyft are hugely popular — but now concern is growing for those left behind. We reported earlier about an Uber driver who refused to pick up a Concord man because he was in a wheelchair. Now, two class-action lawsuits want sweeping change — equal access for those with disabilities. 7 on Your Side’s Michael Finney is here with what they are demanding.

Our story about Concord resident Joshua Foster got huge response. Are Lyft and Uber required to provide wheelchair access? Disability rights advocates say if they don’t, it’s discrimination. Now they’re going to court hoping a judge will agree: people with disabilities should be able to get rides on demand too.

Uber and Lyft cars pour onto Bay Area roads every day, ready to whisk passengers away in minutes. But not for folks like Fiona Hinzee.

Fiona and others with disabilities say Uber and Lyft have become a quick transit option for millions of people worldwide – but not for those in wheelchairs.

“For me it’s pretty much impossible, yeah. It’s very difficult, and in most instances impossible to get an on-demand ride from the Uber and Lyft apps,” said Hinzee.

Melissa Riess is an attorney with Disability Rights Advocates of Berkeley. The nonprofit filed class action lawsuits in federal court in San Francisco against both Uber and Lyft, both known as Transportation Network Companies, or TNCs. The lawsuits claim Uber and Lyft don’t offer the same on-demand rides for people with disabilities as they do for everyone else in the Bay Area — in violation of the ADA — Americans With Disabilities Act.

“Our advocacy is focusing on making sure that those companies as they’re revolutionizing transportation for lots of people… they’re not leaving behind these people who don’t have a lot of wheelchair options,” said Riess.

Uber did not provide an official statement for this report, but notes it does offer wheelchair accessible vehicles on demand through a third party, MV Transportation.

However, the lawsuit says the wait times are far longer than for regular Uber cars, and the vehicles may not be available at all.

“They might get a ride for their outbound journey, but then not be able to get a ride home so they’re stranded for hours,” stated Riess.

The suit against Lyft says the company has done almost nothing to serve people with handicaps. Using its “access feature” only provides links and phone numbers for wheelchair services. Lyft tells 7 on Your Side the company isn’t required to comply with the Americans with Disabilities Act, since it doesn’t own the cars, and part time drivers can’t be expected to drive specialized vehicles.

In a similar class action against Lyft in New York, the company claims that “Lyft is a technology company” and “is not in the transportation business,” so that lawsuit should be dismissed. The court rejected the argument. The case is ongoing.

Hinzee says as it is, she must schedule her every trip days or weeks ahead of time with a paratransit service. She longs to join the rest of the world — hailing rides in minutes. “A lot of people in chairs haven’t downloaded the app because they knew they can’t use the service,” she said. “I would hope that you can tell the world that people in chairs deserve to be active and spontaneous as much as people who can use TNCs.”

Disability rights advocates say they don’t expect rideshare companies or their drivers to suddenly invest in a fleet of specialized vehicles. They say their vast network could include drivers who can accommodate wheelchairs, or they could partner with paratransit services.

We’ll see what happens in court.