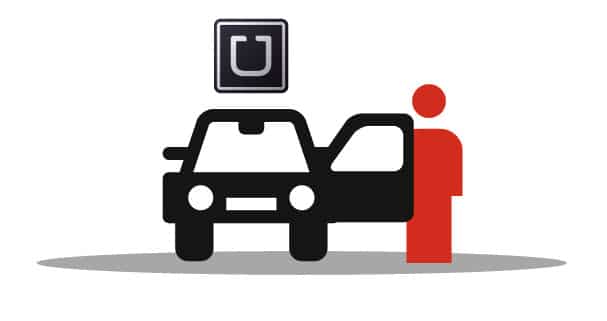 Hanover police are searching for a man who assaulted an Uber driver on South Main Street in Hanover on Thursday night.

The suspect fled the scene and was not located. Police are asking for the public’s help in identifying him.

The incident unfolded when Michalski was driving on South Main Street and saw a man flag him down. Michalski was looking for an assigned rider at the time and was having problems with his GPS, so he assumed that man was him, Dennis said.

The man got into Michalski’s vehicle and demanded a free ride. When Michalski declined and asked him to make a request through the Uber web application, the man tried to take control of the vehicle and steal the car keys, according to a news release issued on Friday.

Michalski tried to get the man out of the vehicle, at which point the suspect assaulted him. Michalski pulled out a pocket knife and “attempted to slash at the forearm of the suspect,” the release said. The man then fled southbound on South Main Street.

The suspect is described as 5-foot-8 and in his late teens or early twenties. He has a slim build, short black hair and was wearing a brown or black jacket at the time.

Police say the suspect was intoxicated at the time of the incident.

Local Uber drivers should remain cognizant of their surroundings, Dennis said. He suggested drivers keep their doors locked and roll down the window when first speaking with a supposed rider. Overall, Dennis said, Uber has a lot of precautions in place to keep drivers and their riders safe.