Is there any way to escape punishment of AB5? 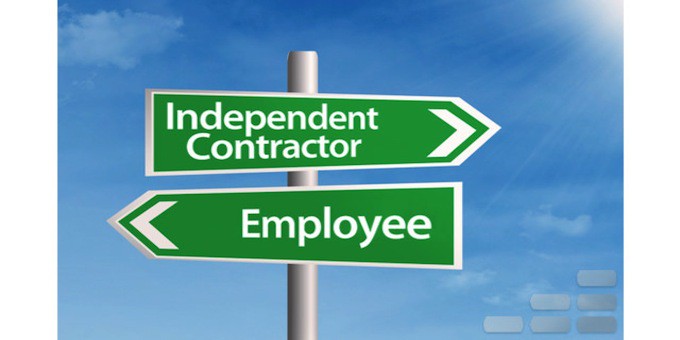 Roughly two months into the pandemic lockdown, and deep into what looks to be a historic economic wreck, Gov. Gavin Newsom continues to refuse to do anything about Assembly Bill 5, a law likely to kill more jobs than any public policy enacted in California’s history. What will it take for him to act?

Assembly Bill 5, passed and signed into law last year, virtually outlaws independent contract and freelance work in the state. It establishes who can legally work on a contractual basis, and who must be a hired employee. The bar is set so high that few freelancers can reach it.

AB5 is primarily aimed at gig economy companies, whose business models rely on independent contractors rather than hired workers. The stated objective was to stop those companies from “exploiting” workers and force them to provide the benefits typically handed out to employees.

But it was clearly a sop to organized labor. Union bosses see the 2 million or so independent contract workers in California as dollars in their pockets. They want to rope as many of them as possible into their trade syndicates.

Under normal circumstances, AB5 is a gross violation of worker freedom, a cruel law that for no good reason can stop people from earning income. Under the lockdown, it’s the source of pure misery for many across the state.

Newsom says California’s jobless rate will surpass 20% when the state unemployment rate is reported later this month and could climb higher later this year.

This would be far worse than the 12.3% peak of October 2010, during what’s been called the Great Recession. Since March 12, the state says, 4.3 million have applied for jobless benefits. The unemployment spike seen on the Federal Reserve Bank of St. Louis’ chart has no precedent over nearly 45 years of data.

Many of the newly unemployed could relieve their financial stress by working as independent contractors and freelancers from their basements and spare bedrooms while living in lockdown. Taking gig jobs outside the home that are considered “essential” by Sacramento would be another option. Those whose jobs won’t be coming back after the state reopens would also benefit from freelance work.

But they can’t. AB5 forbids it. As one Twitter user put it, Californians are simply expected to “‘Shelter in Place’ till you’re so broke you starve to death.”

One would have to be willfully blind to miss the economic crisis that has overtaken us. Yet our political class is determined to prevent people from working. Rather than freeing the labor force, Sacramento and a coalition of city attorneys are instead using AB5 to sue Uber and Lyft, claiming the companies have misclassified their drivers as contract workers when they should be hired employees. Attorney General Xavier Becerra’s reasoning — the state “has ground rules with rights and protections for workers and their employers” — must sound like a taunt to the millions of out-of-work Californians who feel exposed, not protected.

Our elected officials’ priorities are truly perverse. While Becerra and the city attorneys are bent on punishing companies that have created hundreds of thousands of jobs in California that have flexible hours and schedules, Newsom is promising to find funding to enforce AB5,  even as the state’s budget deficit reaches $54 billion.

Newsom could set aside AB5 until the economy stabilizes. If he has the power to shut down much of the California economy, then he also has the authority to temporarily halt AB5, possibly the most malicious and harmful law ever passed in California. Yet he refuses, even as the economic wreckage piles up and financial ruin is the only future many can see. Newsom and other state officials would be wise to listen to Assemblyman James Gallagher and other lawmakers who’ve detailed the real pain felt by AB5 thus far.

To his credit, Newsom waived occupational licensing requirements in early March, allowing medical facilities to increase staffing to handle the wave of coronavirus patients that was expected to overwhelm health care providers. He’s also given small businesses some needed administrative relief. Is setting aside AB5 that much more of a step?

Evidently so. But the governor might find he’s made a mistake because unemployed Californians can still vote in legislative elections this fall. He should also remember they can vote with their feet, as well. Many will.