Will California Democrats be forgiven for AB5? 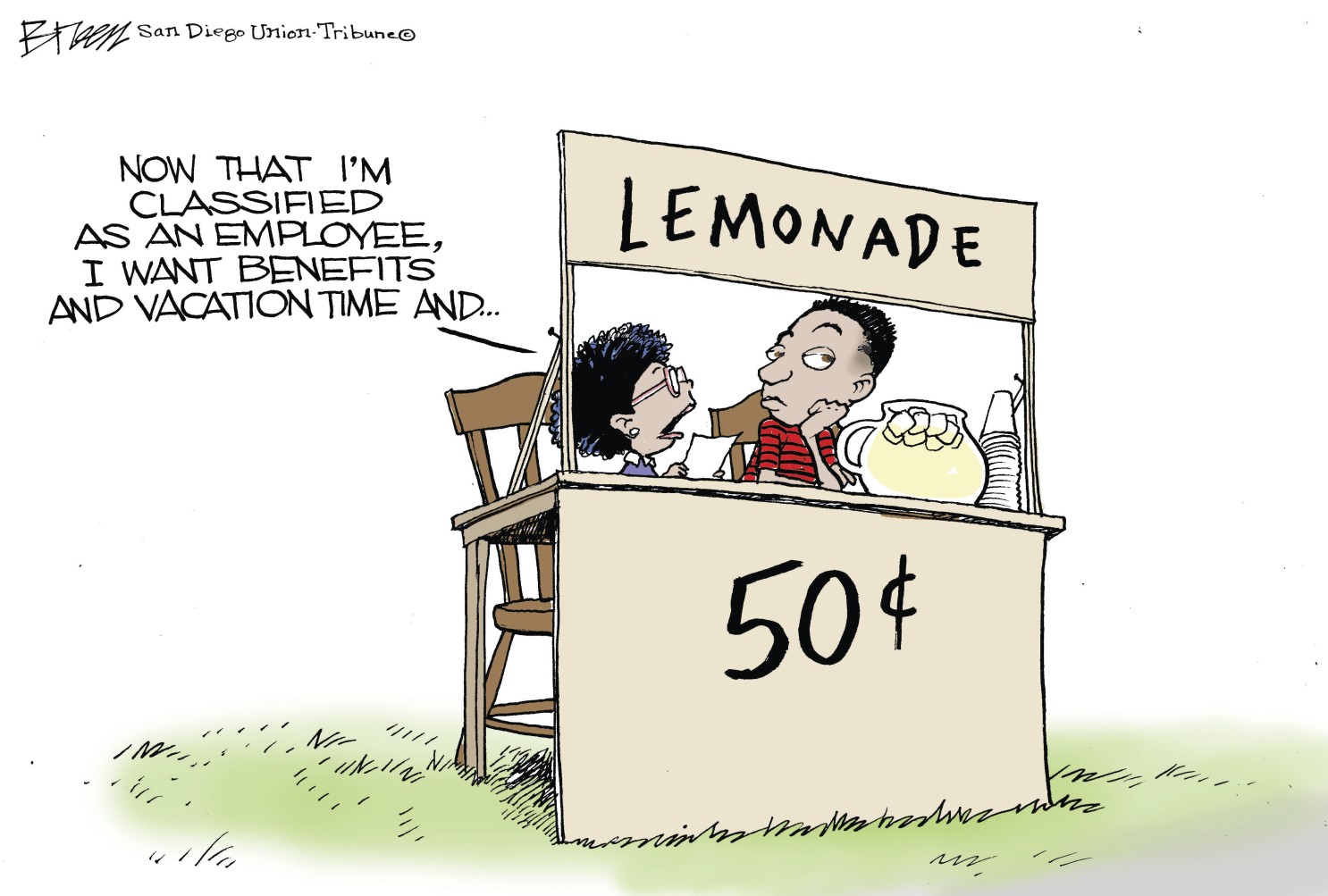 Did the law of unintended consequences cost Assembly member Christy Smith the 25th Congressional District special election on May 12?

Republican political novice and Trump loyalist Mike Garcia was sworn into office May 20 to serve the remainder of former Rep. Katie Hill’s congressional term. Garcia was leading by double-digits when Smith conceded May 13, even though the final results of the race are weeks away. The district north of Los Angeles — Palmdale, Porter Ranch, Santa Clarita, Simi Valley and part of Lancaster — had been a Republican stronghold for 28 years until Hill’s victory in 2018. Garcia’s win is the first time since 1998 that a Republican has flipped Democratic seat in California.

Despite an almost 30,000 Democratic registration advantage, the race was expected to be tight. But a 10-point blowout was a shock in a race widely considered a referendum on President Trump.

“The same week, we have a president who endorsed both my opponent and potentially using household disinfectants to treat a deadly pandemic,” Smith told the New York Times for a May 5 story. “I think that pretty well encapsulates the moment.”

So what happened? Several analysts pointed to traditional Democratic low voter turnout in special elections, made worse by the coronavirus “stay at home” orders. But of the roughly 425,000 registered voters who each received a pre-postage paid mail-in ballot, 173,789 votes were counted by May 20, with June 12 the date for certification.

Another analysis noted that Republicans doused Garcia in money while the Democratic Congressional Campaign Committee spent $3 million early for research and ads but other funders like Emily’s List and the House Majority PAC are waiting for the November rematch.  However, according to their most recent campaign finance reports, Smith and Garcia each raised over $2.2 million and had about $300,000 cash on hand, The Times reported.

Volunteer apathy is also blamed for Smith’s loss, with grassroots energy dissipated by COVID-19. The American Prospect scotched that, citing an email sent to volunteers, where “one office in Southern California alone made 20,000 phone calls, sent 23,000 postcards, and sent 100,000 texts on Smith’s behalf since the March 3 primary.”

Or Garcia’s victory could be attributed to the rage over AB5, a labor bill authored by Assembly member Lorena Gonzalez of San Diego intended to stop large employers such as Uber and Lyft from denying worker rights and benefits to their gig employees. It also grossly limited work for freelancers and independent contractors.

A serious revolt ensued with the range of workers in the service, entertainment and hospitality industries coalescing with freelancer writers and photographers to agitate to repeal AB5.

Smith told the Los Angeles Blade that fixes were in the works. But Republicans and Garcia seized the issue and tirelessly demanded a repeal. In response, as California Globe editor Katy Grimes reported, Democrats were smug, fixes and carve outs were denied, and independent workers demeaned during the Senate Labor Committee hearing for Senate Bill 806 authored by Senate Republican Leader Shannon Grove (R-Bakersfield).

“Perhaps the most egregious and condescending comments of the hearing came from Senator Hannah Beth Jackson (D-Santa Barbara), who claimed that when people (independent contractors) say they’ve lost their jobs, they don’t really mean it – that’s it’s businesses which just don’t want to hire them properly,” Grimes wrote. “Jackson, burnishing her credentials as a tone-deaf political elitist, said freelancers, gig workers and independent contractors are only angry about the job losses because the law is ‘taking away the lollipop they had to work when they want.’”

“I and many of my fellow freelancers are lifelong liberal Democrats who feel betrayed by your party and astonished that the only people who seem to be defending our rights are Republicans who are pointing to AB5 as a classic example of government overreach into the ‘free market’ that only ends up hurting people. Unfortunately in this case they are right,” cinematographer Leonard Levy wrote in a letter to his congressional representatives. “Wake up and look around. Don’t lose our support. We do vote. Stop AB5 until a carefully crafted alternative can straighten out employment in California.”

“Voted democrat since 1976. Republicans were bad before and are far, far worse today. Because of AB5, and the absolute deafness of California democrats, I voted republican in the local elections last round and will do it again in November. Watching online as my artist friends, long time liberals are doing the same, all of us with a bad taste in our mouths. But if you’re going to take away our profession, then we will take away yours,” Grimes reported one of many local voters as saying.

On May 12, the New York Times wrote early that “nearly 20 percent of voters in the district have cast their ballots, with 31 percent of registered Republicans and 19 percent of Democrats doing so, according to tracking data.”

Assemblymember Lorena Gonzalez felt the heat and on May 20, moved bills to fix AB5.

“They were right. I was wrong,” Fred Topel of California Freelance Writers United tweeted Gonzalez as saying as she introduced AB2257, a carve out for writers, musicians and others. AB2257 and AB1850, a bill with exemptions for other professions, both passed the Labor Committee and are headed to Appropriations where obstacles await.

Asked about the political drama over AB5, out LA County Democratic Party Chair Mark Gonazlez said: “Like everyone, we’re monitoring the progress of AB2257 and support anything that’s going to have a positive effect on independent contractors.”

But AB5 is not fixed and Newsom earmarked $20 million for AB5 enforcement in the budget. Democrats may need to do some repair work before November.

*by Karen Ocamb via LABlade*